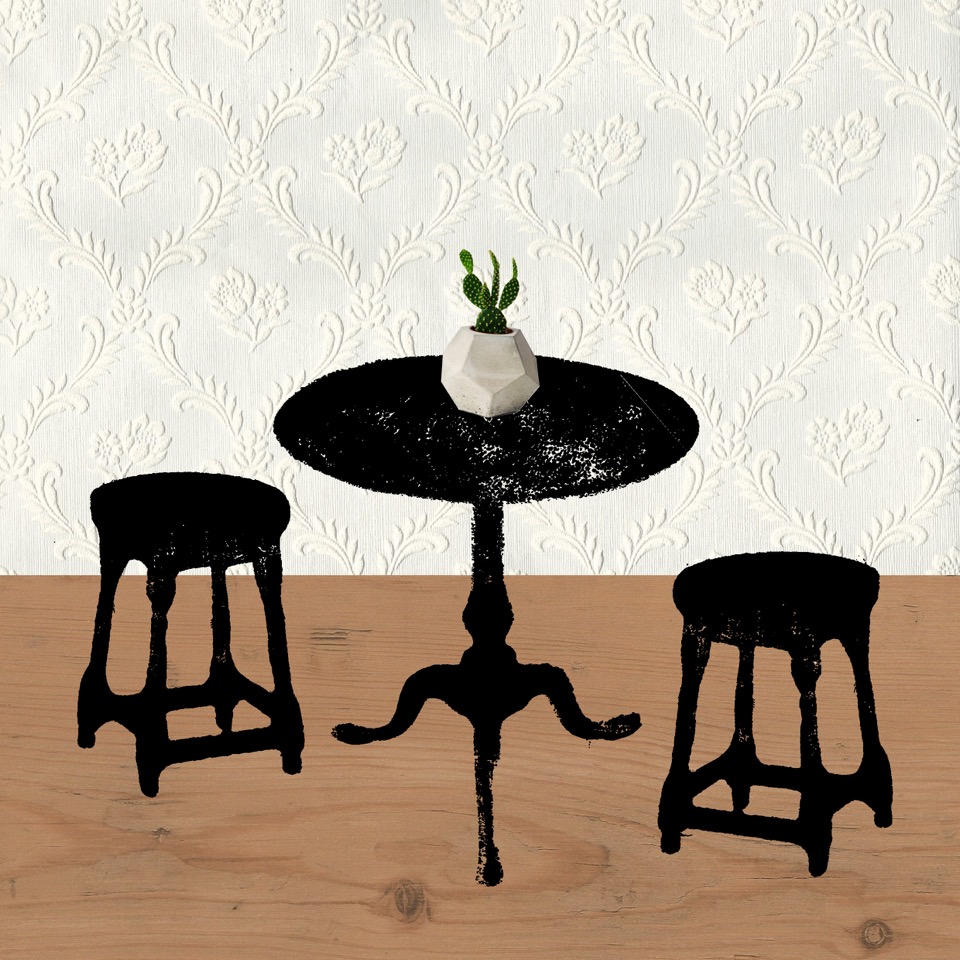 A Discussion with Illustrations by Jess Knights.

The ‘Public House’ or ‘Local’ in its traditional form has become synonymous with British popular culture and is possibly the last pillar of the community in our increasingly-secular society.

From around the time of the 2008 financial crisis British public houses have been closing at an alarming rate (27 pub closures a week in the second half of 2016). Interestingly still, a general survey dated this decline from around 1970, a time when the pub had been at the peak of its prestige and popularity. This is due to many factors including off-premises drinking as a cheaper alternative, and the increase in technology that has driven people to live their lives separately from surrounding communities.

Is the idea of the public house as a space of community value simply nostalgic?

In 1945, George Orwell writes an article entitled ‘The Moon Under Water’ which documents his ideal of what a pub should be. He notes certain decorative features that conjure the image of an authentic Victorian bar with original features. He specifies an atmosphere quiet enough to talk, and staff who know the customers by name. He favours the pub garden, with space for families to gather and children to play. Orwell describes what could still be thought of today as the ideal community public house. A friendly, welcoming atmosphere and authentic surroundings. However, in Orwell’s article he admits that he is yet to come across a pub that possesses all of these qualities.

Undeniably, public houses do not have a clean reputation for equality and inclusiveness. Despite frequenting pubs during the second world war, women were made much less welcome in the post-war years. Public houses were still within rights to refuse entry as a form of racial discrimination up until the Race Relations Act in 1965.

From 1920 – 1960 the public house remained a predominantly working-class institution. However, according to Drinkaware figures in 2016, people are spending less money on alcohol in establishments like public houses and are instead choosing to drink at home. From these figures it is reasonable to assume that people on lower incomes are being priced out of pubs.

Whilst we may view the public house nostalgically to the degree of Orwell’s idealism, we often forget that it has the potential to be a very dysfunctional public space. As David Boyle puts in his book ‘Authenticity (Brands, Fakes, Spins and the Lust for Real Life)’: “When people today talk about the real thing … they often mean something old fashioned. The trouble with this kind of real is that it harks back to days where authenticity was brought, either at great expense, or by misusing women or black people or poor people to provide these so-called ‘real’ things.”

Why do we demand authenticity in public houses today?

Campaign for Real Ale was formed in the early 1970s as a backlash against a few large brewing companies’ domination of the UK market. It was one of the pioneering campaigns that directed a change in attitudes to what we buy and how we buy it. The pursuit of the ‘real’ penetrated not just the public house but every part of our lives. Today we live alongside the internet, but deep down we still retain a need for the real and the genuine. This cultural movement demands people and not profit or politics.

Society demands more from the public house than it ever did before. This is because of a postmodern change in attitudes that requires not just a space to drink and converse but a lifestyle and an experience. Backlash against the ‘fake’ profit driven companies who dominate the market may have given birth to another kind of marketing which aims to subliminally address our need for authenticity. The lines between the real and the fake are furthermore blurred.

Face-to-face. Public Space and our need for it.

Substantial improvements in travel and communication since the post war period have been the driving force behind globalisation. As a result of this, we are less likely to communicate face-to-face because of readily available methods of contact such as the telephone, email and text messaging. People are more likely to be working from home, and socialising from home. However, there is no substitute for real interaction. We need public spaces to provide a platform for this. Contemporary public space is often built around the intentions of making a profit. Spaces such as parks and meeting centres are often an afterthought that is built in accordance with planning law. The shopping mall has become private space masqueraded as public space, as consumption and the commodity have come to represent freedom and democracy.

Should pubs be preserved as they are? When public space is in such short supply, and high demand, what – if anything – can be done to save the ‘Local’?

The public house has proven to be a key figure of modern British culture. George Orwell’s idea of the perfectly authentic pub is a commonly-held perception. This nostalgic view disregards the tainted past of the public house. Public houses can – and have been – spaces at risk of sexism, racism and violence. The working classes too, who historically would use public houses as meeting spaces and places to unwind after work, are being priced out.

Consumers have started to demand more from products, they are searching for the real and the genuine. They now demand social interaction, and profit driven companies are rejected in favour of those who show that they put people first. Modern public houses must provide many things: They must be financially viable to consumers, provide a space for socialising, an experience when you walk through the doors and a lifestyle statement to those who use them.

We are less likely to experience face-to-face communication in our globalised world, and this can leave us feeling disconnected. We have a desperate need for public space that allows us to interact with our communities. Authenticity now is about looking to the past but doing it in a contemporary way. We must not allow the modern public house to be remodelled to a socially exclusive space as it was in the past. It could be argued that we are witnessing the death of the public house – in its traditional guise, that is. The pub comes in many different forms. To some extent – judgement on whether the pubs are even in decline will depend on one’s perception of what a ‘Local’ should be.

Under these conditions, the traditional ‘Local’ cannot simply be preserved, but be re-born.

No comments yet. You should be kind and add one!

We've given our wine list a fully sustainable refr

We’ve been working with @carbonneutralbritain to

Liam’s really spoiling us with his goat cheese m